Bexon Crane Rail is the exclusive Australian and New Zealand distributor of all Gantrail products.

The NEW Mark 8 pad is an evolution of the already proven and highly successful Mark 7 pad. The use of Gantrail Mark 8 Crane Rail Pad between a rail and its support substantially improves the performance of heavy duty crane tracks.

Cranes apply very high forces to the structures on which they are mounted. The pad significantly reduces the stress between the rail and its support.

FEATURES and BENEFITS include: 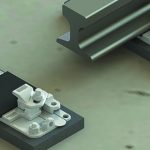 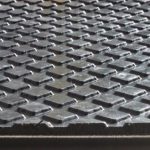 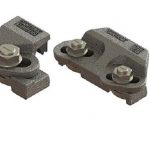 Ausrail 2022 starts today at Sydney ICC Darling Harbour! Bexon Crane Rail/Gantrail look forward to meeting you at S… https://t.co/mz06xXB9Il About 4 months ago
RT @gantrail: Whilst we are all about innovation and looking forwards, sometimes it is also good to look back and see just how fa… https://t.co/1wHslEOqSB About 2 years ago
RT @gantrail: Great to see @Gantrail solutions helping to keep the exciting new Sydney Light Rail project on track. From initial… https://t.co/4HoTVLcmQM About 4 years ago